Cristiano Ronaldo had more than one opportunity to score a goal for his team, but the outstanding goalkeeper of Morocco, Yassine Bounou, stole his fortune at the Al Thumama Stadium. Portugal was defeated 0-1 by Morocco in the quarterfinals. While Morocco advanced to the semifinals, Portugal said their final goodbyes to the 2022 World Cup in Qatar. Cristiano Ronaldo was seen with misty eyes after his team lost the match on Saturday, December 10th.

Ronaldo mentioned in an Instagram post that winning the World Cup for his country, Portugal, was the most ambitious and biggest dream of his career. He went on to say that although he was awarded multiple medals with a global reach, including medals for Portugal, his ultimate goal was to raise Portugal’s standing as a nation to the pinnacle of the international stage. Ronaldo scored just once, a penalty against Ghana, and was benched for the second straight game at Al Thumama Stadium. The performance of Ronaldo, who is now 37 years old, in the championship game against Morocco was probably his last. The former Manchester United, Juventus, and Real Madrid star departed the field in tears after the final whistle, giving off a sad impression.

After his last match in the World Cup of 2022, Cristiano Ronaldo said that, unfortunately, the dream came to an end. He only wanted everyone to be aware that, despite all that has been said, published, and speculated, his commitment to Portugal has not wavered in the slightest. He would never abandon his teammates or his nation, and he was constantly another person fighting for his nation’s objectives. He could not find anything more to say and only thanked his country, Portugal, and the host country, Qatar. Playing in the FIFA World Cup 2022 was a dream for Ronaldo until the ball was under his feet in the match.

The entire Portugal team, along with their coach Fernando Santos, were disappointed by the unexpected defeat. However, the end of 2022 is seeing a new uprising from the Morocco football team. The Moroccan team played outstandingly, and Cristiano Ronaldo’s team was unable to stop them. Given that Cristiano Ronaldo will be 41 when the 2022 World Cup begins, many people think that it will be his final World Cup. Fans of Ronaldo are still upbeat about his future games besides the World Cup. 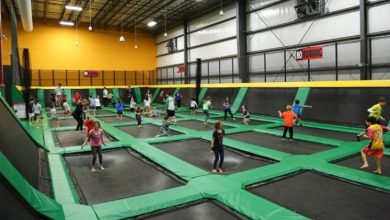 How to Choose a Suitable Location for Your Trampoline Park 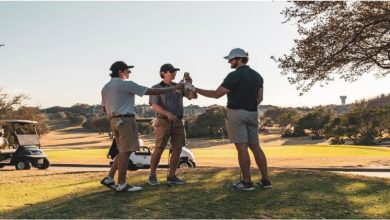 Golf with your Friends